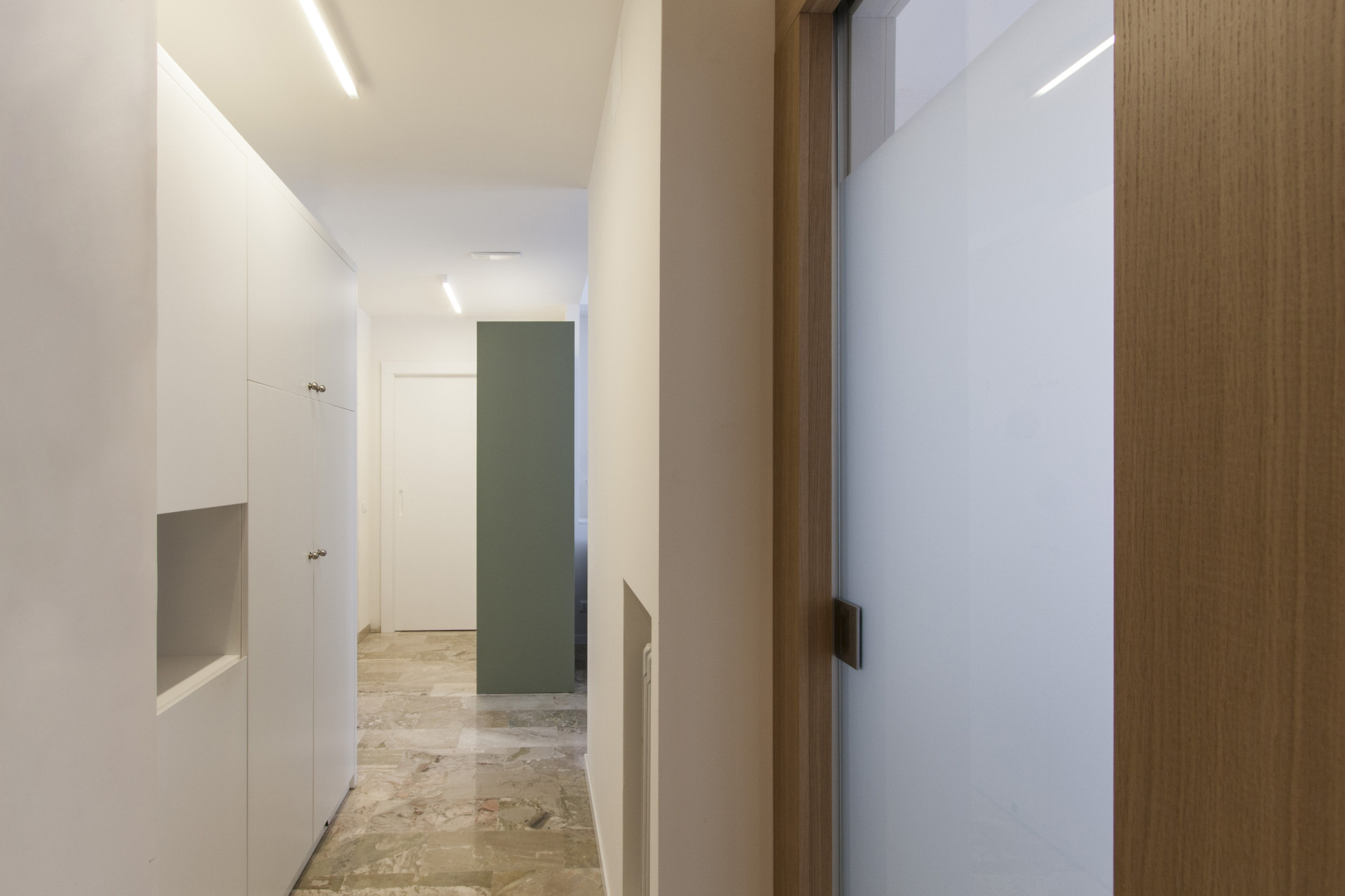 The functional program of this house involves the construction of a second bathroom, incorporating a laundry area, and a more comfortable and organized kitchen than the previous one. the apartment composed of a load-bearing masonry structure does not allow us to take action on the space, so we decided to intervene on the necessary, maintaining the existing division of private rooms and redrawing the area dedicated to the kitchen, the living room, the dining room and the bathrooms.

What has radically changed the formal and functional aspect of the house was the careful redesign and positioning of the internal openings and the door opening systems. Another fundamental aspect was the design of some wardrobes made to measure, which in addition to performing a specific function, it have generated new formal phenomena, in some cases, even pictorial. The only wall that has been built is the one that configures the new bathroom: one long and narrow space with no window. The problem to solve, was the meeting point between the wall and the adjacent bedroom window. The solution, which takes inspiration from the accommodation of the Triumph of Death exhibited at the Palazzo Abatellis, has allowed me, without touching the chassis of the existing window, to create an inner window, hidden, with a glazed corner toward the shower that captures light and ensures privacy.